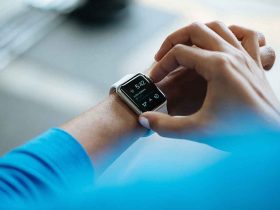 10 Industries That Blockchain Will Change The Future

Every day, the industry expands; new terms and technologies introduce to make human life more convenient. Now, one technology is known for everything and is present everywhere; you’ve probably heard of Blockchain? Is Hyperledger a blockchain-based platform as well?

Hyperledger is a free and open-source blockchain framework that enables developers to create and distribute ledgers. It enables the creation of blockchain-enabled products, solutions, and applications.

Even though many companies develop hyperledger programs, all programs are divided into two categories:

Distributed Ledger Technology (DLT) is a digital system or process for monitoring and recording asset transactions. These records store in multiple locations so that no one can access them. DLT frameworks use to create and run hyperledger protocols successfully and securely.

Following Are The Six DLT frameworks:

It is an open-source enterprise blockchain service platform that can provide customized smart contracts without requiring knowledge of the care system’s underlying design. This is a modular platform develop and led by Intel Corporation to create and deploy a private distributed ledger.

It is a blockchain-based business platform design for infrastructure projects that require distributed ledger technology. This is comparable to a shared database and functions similarly to a shared database. Soramitsu Corporation is in charge of this project. Mobile application developers and C++ developers can participate and contribute to Hyperledger on this platform. Hyperledger Iroha is a permissions platform written in C++. It has predefined commands, queries, and development permissions.

It is an open-source blockchain framework. Digital asset purposes develop and host by the Linux Foundation. Because the Hyperledger Fabric is a permission network, the identities of all participating members are known, authorized, and verified. IBM initiated it for enterprise solutions.

It is an open-source platform for creating decentralized identities. Developers use the Hyperledger library to create hidden identity solutions.

Besu is an Ethereum-based client developed by Hyperledger. It is intended to be user-friendly for both businesses and the general public. Hyperledger Besu is a permissioned network platform as well. It can be tested on several networks, including Rinkeby, Ropsten, and Gorli.

One of the most highly regarded projects created by the Hyperledger corporation, led by Linux. Bevel is a development tool that assists developers in creating secure, scalable, and monitorable systems. It hastens the development of DLT networks.

Cactus is a web application system that has been introduced and designed for users to secure the integration of various blockchains. It included many data models, libraries, and SDKs to help with development.

Hyperledger Caliper is a blockchain benchmarking tool that enables users to assess the performance of blockchain implementations against a set of predefined use cases.

One of the most troubling aspects for blockchain users. There is currently no general tool to assist with server performance and evaluations.

It is a provision and operating system that aids in blockchain management. Also, it is a tool kit that aids in the efficient management of Blockchain.

It is a free and open-source tool for creating a user-friendly web application interface. Because the information in these web applications is stored in Hyperledger Explorer, they are blockchain-based.

How to Create a Hyperledger Blockchain?

To Comprehend The Requirements Of The Business

The business process is the initial requirement for any business in developing blockchain technology. You must share the problem statement, the idea, and how it will be more popular than others. What solutions or technologies are already available on the market?

When you are completely prepare with your business needs and ideas, the next step is to find a suitable blockchain-based platform to develop your product. It will be a difficult task. You must think about your business ideas and processes.

You  primarily have two choices:

Developers and organizations have already created several open-source platforms to assist people. These are easily accessible, and you can use them for your blockchain project. Any type of blockchain hyper ledger can be easily created. This was referred to as hyperledger clone development. One of the most well-known techniques in blockchain development.

You can start from scratch with tool development if you have the money and time. There are thousands of things, such as transaction fees, speed, platform features, and other development issues, that you will handle solely. Although this is one of the best things, it is expensive and takes time to develop.

Before proceeding, it is necessary to create wireframes and prototypes. We create white papers or wireframes that include all features and processes.

Create a Front End and a Backend

The front-end design after the front-end and backend development. In this section, the entire User Interface design. It takes into account everything related to the user experience.

You must create platform codes in the backend, such as what language you will use and where you will code. Languages other than English uses to create blockchain-based platforms.

This is now ready for testing after frontend and backend development. Testing is the primary process by which we can assess the platform’s performance. Is it accessible to the general public? What issues users are encountering while using the platform. Only the Testing process can measure these.

This will assist you in gaining a better understanding after the designing phase. You can make the necessary changes. If everything is in order, you can proceed to the launching phase.

How Much Does Hyperledger Development Cost?

The Hyperledger developers dedicate to the development process. Hyperledger Blockchain development offers numerous opportunities. It is still dependent on the project’s complexity and the amount of work completed.

The majority of these expenses are related to the development of the hyperledger.

Consulting firms charge 10% of the total project cost, with fees of up to $3000 for consulting your entire project. They charge a fee for improved idea development. You can always benefit from the services of a consulting firm.

The design cost for your project will be between $5000 and $7000. The designing team offers a high user experience; designers are extremely important because they entice customers to use the platforms.

One of the most important aspects of hyperledger blockchain development is quality assurance. This team can thoroughly verify your project and test it on various platforms. The fee ranges from $3,000 to $40,00.

Following the completion of the hyperledger development process, the operational activity begins. We need some people, teams, or tools to manage this platform and its core functionality. It could cost up to 25% of the total project lump sum of $5000.

The Benefits of Hyper Ledger Fiber

Blockchain technology imports and demonstrate performance since the inception of the Hyper ledger. We’ll go over the main benefits here.

It is a permission network in which all identities are known. When considering a permissioned network, consider whether you monkey.

A specific architect created Hyperledger Fabric, which divides the transaction into three phases. The three phases are logic processing and agreement, transaction order, validation, and commitment.

Support From the Community

Hyperledger corporations deal with everyone, from small businesses to some of the wealthiest investors. It was funded by major corporations like Intel, Microsoft, IBM, JP Morgan, and others.

One of the most prosperous development communities is Hyper ledger. These businesses had poured millions of dollars into Hyperledger.

It is a permissioned blockchain network framework. Banking, government and other private sectors do not want to share data with anyone who is not authorized.

While most blockchain projects focus on tokens and cryptocurrencies, Hyperledger projects have the potential to develop the foundation for large-scale industrial and non-monetary applications.

If you want to build an application on top of any Hyperledger Project, hire Hyperledger Blockchain Developers and discuss your needs. 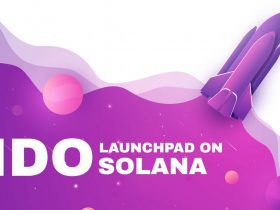 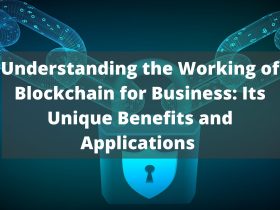 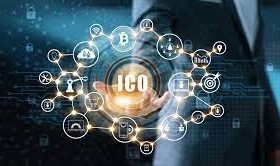 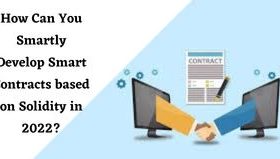