What Is a Blockchain and How Does It Work?

A blockchain is a distributed database that is shared among network nodes. As a database, a blockchain maintains information in digital format electronically. In cryptocurrency systems such as Bitcoin, blockchains play a critical function in keeping a secure and decentralized ledger of transactions. A blockchain’s novelty is that it ensures the integrity and security of a data record and produces trust without the requirement for a trusted third party.

For more detail: How To Develop Blockchain | Ultimate Guide To Blockchain App Development

Primarily, there are two sorts of blockchains: private and public. Nevertheless, there are numerous variants, such as Consortium and Hybrid blockchains. Before we delve into the specifics of the many types of blockchains, let’s examine their commonalities. Each blockchain consists of a group of nodes operating on a peer-to-peer (P2P) network infrastructure. Each node in a network maintains a copy of the shared ledger, which is promptly updated. Each node is capable of validating transactions, initiating or receiving transactions, and creating blocks.

Bitcoin, Ethereum, and Litecoin as an Example

Private blockchains include Multichain and Hyperledger projects (Fabric, Sawtooth), Corda, and others.

The Energy Web Foundation and R3 are examples of consortium blockchains.

A hybrid blockchain combines public and private blockchains. It utilizes the characteristics of both types of blockchains, allowing for both private permission-based systems and public permission-less systems. With such a hybrid network, users can regulate who has access to which blockchain-stored data. Only a subset of the blockchain’s data or records can be made public, with the remainder remaining secret on the private network.

Dragonchain is a hybrid blockchain example.

Related Blog: How Can You Smartly Develop Smart Contracts based on Solidity in 2022?

According to its documentation, “Solidity is a language using curly brackets. It is influenced by C++, Python, and JavaScript and is intended for the Ethereum Virtual Machine (EVM).

Solidity is also considered a JavaScript dialect. Therefore, if you are familiar with JavaScript, learning Solidity should be simple. Before learning more about solidity, let’s review some fundamental blockchain terms.

Virtual machines effectively construct an abstraction layer between the code and the executing machine. It must promote software portability and ensure that programs are isolated from one another and the host.

The Ethereum Virtual Machine was developed to provide a runtime environment for smart contracts based on Ethereum.

A smart contract is a decentralized program that executes business logic in response to events. Execution of a smart contract may result in the exchange of funds, delivery of services, unlocking of information protected by digital rights management, and other forms of data manipulation, such as changing the name on a property title. Frequently, smart contracts are written in Solidity.

Languages for smart contracts such as Solidity cannot be directly executed by the Ethereum Virtual Machine. They are instead transformed to opcodes, which are low-level machine instructions.

Now that you are familiar with EVM and Smart Contract, we will continue our study of Solidity

Smart contracts can be utilized in numerous industries, including healthcare, supply chain, and financial services. Examples include the following:

In addition, smart contracts could raise voter turnout, which has historically been low due to the inefficient system that requires voters to line up, present identification, and fills out paperwork. When votes are exchanged online via smart contracts, the number of participants in a voting system can expand.

Patients’ encoded health records can be stored on blockchain using a private key. Due to privacy issues, only particular individuals would be permitted access to the documents. Using smart contracts, similarly confidential and secure research can be undertaken.

All patient hospital receipts can be kept on the blockchain and shared automatically with insurance providers as proof of service. In addition, the ledger can be utilized for a variety of purposes, including inventory management, drug monitoring, and regulation compliance.

Historically, supply chains have been hampered by paper-based processes in which forms move through many approval channels. The cumbersome procedure increases the possibility of fraud and loss.

By offering an accessible and secure digital version to all parties involved in the chain, blockchain can eliminate such concerns. Smart contracts can be utilized for inventory management, payment, and task automation.

In numerous ways, smart contracts contribute to the transformation of conventional financial services. In the case of insurance claims, they execute error verification, routing, and money transfer to the user if all criteria are met.

Smart contracts contain essential bookkeeping capabilities and avoid the potential of accounting record intrusion. They also enable shareholders to participate in transparent decision-making. In addition, they aid in trade clearing, which involves the transfer of funds following the calculation of trade settlement amounts.

Smart contracts do not require brokers or other middlemen to certify the agreement; hence, they eliminate the possibility of third-party manipulation. In addition, the absence of a middleman results in cost savings for smart contracts.

Thus, in the event of data loss, the originals of all documents saved on the blockchain can be reconstructed.

Smart contracts are encrypted, and cryptography safeguards all papers against intrusion.

Changing smart contract processes is nearly hard, and any error in the code can be costly and time-consuming to fix.

According to the principle of good faith, parties to a contract will deal fairly and not gain unethical benefits. However, the use of smart contracts makes it impossible to ensure that the agreed-upon terms are met.

Due to the fact that contracts contain terminology that is not always understood, smart contracts are not always able to handle unclear terms and conditions.

will teach you how to build amazing apps with Ethereum’s smart contracts and solid decentralized programming techniques! 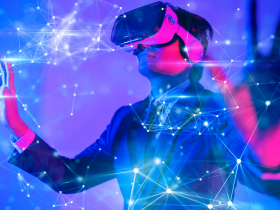