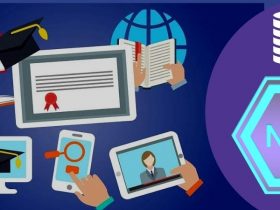 The internet we thought was excellent in the 1990s was slow and mostly text, and the internet of tomorrow will be a powerful paradigm shifter.

Most likely, you’ve heard the terms “Web 3.0” and “the metaverse” used together as if they meant the same thing. However, they don’t.

Learn what web 3.0 and Metaverse are, how their technologies clash, and how they can work together to power the future internet.

Also Read: Mind Blowing Use Cases Of Web3 That You Must Know

We all know that people invent things when they have to. So, the idea of Web3 or Web 3.0 is supposed to answer these questions:

And Web 2.0 is happening right now. Companies make and sell goods and services from one central location. Think about Instagram as an example. Do you think you own the things you post on Instagram? No, the company owns everything on the site and fully controls everything users make. If they want to, they can ban you or block you.

A popular online game called “Fortnite” is another example of a game where players have no control over their in-game identities. Users of Web 2.0 can’t control or sell the content they make.

Around the world, more than 2.5 billion players have been tricked into thinking they own their in-game assets. They can’t do anything about it.

But with Web 3.0, users can make content that they own, have control over, and can be used to make money by using blockchain and cryptocurrency. Because of this, NFTs are possible. You’ve probably heard about it.

P2P networking, a decentralized network, can be used to connect online services. With this, users can own their data and do peer-to-peer transactions without permission. This eliminates the need for intermediaries and lets anyone with an internet connection and a cryptocurrency wallet like Metamask participate. Users can control their digital identities through their private keys and decide when and how they want to share data with other apps.

Web3 is where everyone wants to be. The internet’s wealth:

The privacy of data is another problem with the Web 2.0 of today. Centralized entities have complete control over service access, but they don’t have full control over users’ data. But Web 3.0 is decentralized, which means that no one group controls who can use the service because it is open to everyone. Web 3.0 can’t be ruled over, so users have complete control over their data. But if your data is stolen, you are the one who needs to take responsibility.

Web 3.0 is the next generation of the internet. It is a set of rules and standards that all internet users must follow. Because of this, web 3.0 wouldn’t just work with certain apps; it would work across the internet.

Web3 Is Bigger Than Blockchain!

Web3 attempts to make a decentralized system for everything, including money, rules, ownership, entertainment, and identification. If you use Web3 as it was meant to be used, no company will steal your information and sell it to advertisers.

Changing old economic and legal institutions to blockchain-based solutions is one business idea that investors are interested in right now.

Crypto exchanges make it easier to buy and sell cryptocurrencies. One example is Coinbase clone, which has a market value of $67 billion.

We think you should look into companies that are building Web3 infrastructure. If people like their answers to Web 2.0 challenges, they could become well-known in their own right.

What’s in Store for Web3?

There is still a lot of new work to make the idea of a decentralized Web3 a reality. Still, Web2 didn’t just appear out of nowhere. In 30 years, it went from being an information economy to a platform. The next step in evolution is for tokens to be used in the economy.

At this point, it is not clear how this change will continue. Most likely, decentralized protocols and centralized systems will work together in the middle term and continue to gain market share. They are in charge of assets worth billions of dollars right now. Even though this is not as big as the traditional financial business, it is still important and is growing.

Going from Web2 to Web3 will be a gradual process that comes from new ideas. In the long run, it will be clear which business strategies and technologies are better. We will finally move to a new planet.

There are chances for people who invest early. Web3 is better for everyone than Web1 and Web2, where most entrepreneurs and venture capitalists benefit. So, Web3 is essential for helping everyone become financially independent.

Facebook changed its name to “Meta” to bring the Metaverse to a broader audience. The Metaverse is not yet a real place, but it is thought that it will be a 3D immersive environment where we will spend a lot of time socializing, working, playing, learning, and so on. It combines virtual, augmented, mixed, gaming, cryptocurrency, social media, and many other technologies.

The Metaverse is a new way for people to interact with the internet, making it 3D instead of 2D. Instead of clicking and flipping through different sites and tabs to look at and interact with web content on 2D screens on computers or mobile phones, web content is turned into 3D objects. Think about playing games online instead of on a 2D webpage. The website is a 3D world where people can move around, talk to other people, and play games as avatars. Users can interact with information on the web and get lost in the virtual world. By adding virtual reality goggles, users can have an experience that looks and feels natural.

Enhancing the Appeal of Online Games

Most Metaverse games are now decentralized and have an integrated economic architecture that lets people play games to earn money. NFTs can be used in these games to buy, sell, and trade in-game items. Users also like the idea of their avatars exploring the vast virtual environment.

Also Read: What Is Metaverse Gaming, And What Does It Involve?

Traveling is a crazy, exciting adventure, but not everyone gets to visit their favorite places. So Metaverse lets people digitally see places they can’t go to in real life. Using the Metaverse, Augmented reality, and Virtual Reality together, a very modern virtual world with a first-person view is being built.

The Metaverse is attractive to a lot of people. Some are developers who want to use the ecosystem to make products for businesses, and others are looking for ways to make money. Luckily, the Metaverse can meet the needs of both sides. Anyone can use Metaverse to build a worthwhile project on it. In the same way, regular ecosystem users can make and trade NFTs to make money.

E-commerce business owners can meet with merchants in a virtual space and take care of trade formalities like inspecting the goods, negotiating, and closing deals.

Metaverse technology and a few new business ideas make it easier to make, own, and trade digital assets and tokenized versions of real-world assets. This gives cryptos and NFTs more power.

Web3, a significant improvement over Web2, is the next-generation technology that aims to make the internet more democratic and less centralized. The Metaverse system aims to give users a 3D virtual reality world.

Web 3.0 is the process engine that uses developments in blockchain. The Metaverse is a new dimension that uses Web 3.0 technology for health, games, movies, concerts, entertainment, social platforms, education, and virtual training.

Also Read: What is Metaverse, and How Can it Help Businesses?

In the Metaverse, you can find several critical technologies that help the whole ecosystem run. Connectivity, interfaces, decentralization, a creative economy, and advanced technology are all needed for the Metaverse. The goal of Web 3.0 is to make a web that doesn’t have a central server and only uses blockchain technology. Blockchain lets people connect to services on the internet. A world of decentralized peer-to-peer networks runs it.

Portraits of Metaverse and Web3

The Metaverse is a three-dimensional world where you can interact with people, things, and places that are also three-dimensional. For example, you and your friends might start to play on the creator’s land. Web3 users can make, own, sell, and buy their content and get paid for it.

The goal of web3 is to keep tech giants from controlling the internet and turn it into public property. The bitcoin market is one of the most successful parts of the crypto world. On the other hand, tech giants are already reorganizing or trying to buy metaverse businesses to control this world. On the other hand, experts said that public Internet regulation would make it hard for companies to run the meta world.

How does Web 3.0 Fit Into the Metaverse?

Both technologies are not the same but do not oppose the internet’s future visions.

The Metaverse could change a lot about how we work, socialize, and talk to each other online.

In the future, it’s also possible that computers and cell phones, not just VR headsets, will be used to connect to Web 3.0.

Even though Web 3.0 set the stage for NFTs, DAOs, and P2E games, which have increased in recent years, There is still a lot of room for Web 3.0 and Metaverse to come together in a way that makes for the most immersive experience.

Web 3.0 and Metaverse are working on creating a new global reality that is open and not controlled by a single group. This reality will be based on virtuality. 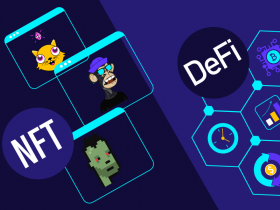 How do NFTs Reform the DeFi Industry?